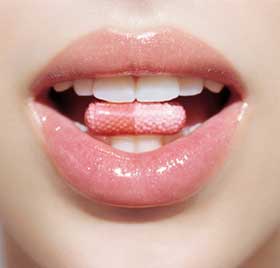 Researchers in Korea have discovered extracts taken from a species of purple chrysanthemum (aster spathulifolius maxim) can help adult dieters to lose half a stone in just 12 weeks. That’s four times as fast as many weight loss drugs and there is no need for dieters to make drastic changes to their eating habits or maintain a stringent exercise regimen. Only one tablet is required per day and there does not appear to be any side effects.

Aster spathulifolius Maxim can be found growing wild in many regions of the Far East and is often eaten as a cheap vegetable in Korea. Earlier studies suggest extracts taken from the flower may also have the ability to offer protection against the flu virus, diabetes, and tumour growth, so the Aster spathulifolius Maxim purple chrysanthemum appears to be as versatile as it is colourful.

The weight loss study was conducted at Kyung Hee University. Earlier trials conducted on rats had produced positive results and the researchers wanted to see if the plant extract would be similarly effective on humans. The data they gathered confirmed the ingredient’s potential and the study results were published earlier this year in Nutrition Research.

The researchers selected 41 volunteers (male and female). All of them were classed as clinically obese in Asia (BMI 23-30). The volunteers had an average height of 5′ 6″ and weighed in at 12 stone. The average waist measurement was 38″ at the beginning of the study. 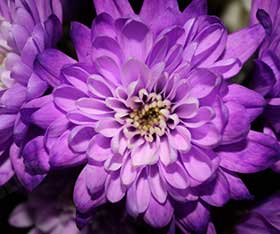 The volunteers were split into two groups and each group was given advice about healthy eating, but instructed not to make any changes to their normal diet or level of physical activity. The members of the first group (21 people) were provided with tablets that contained extracts taken from aster spathulifolius maxim purple chrysanthemum. The second group (20 people) were given tablets that provided a placebo. Daily calorie intake was monitored throughout the study and found to be similar in both groups.

At the completion of the study the placebo group failed to show any marked difference in BMI, weight, or waistline measurements. This was not the case with the group that received aster spathulifolius maxim.

Each group member had:

These figures suggest the compound is more powerful than the weigh loss drugs that are presently available. The fact that the volunteers who received purple chrysanthemum did not report any side effects is also a noteworthy point because all of the popular weight loss drugs of today carry the risk of side effects. Phentermine is so problematic its use requires constant medical supervision and its addictive nature means its use has to be restricted to a maximum period of three months. The prescription drug Orlistat is also renowned for its side effects, which can include stomach cramps and liver damage.

According to the researchers in Korea, less than 5% of dieters choose to use prescription drugs and they suggest this may be due to concerns about sided effects and/or the cost of the medication. The researchers are also very confident about the plant extract’s ability to support weight loss without causing side effects and state the results suggest it is “a promising and efficacious food supplement for the management of obesity.”

Although there seems to be a little confusion about the exact processes involved, the researchers suspect purple chrysanthemum’s weight loss enhancing ability could be because it contains chlorogenic acid. This is certainly a point worth considering because chlorogenic acid is also the key ingredient in one of the most respected fat burning ingredients of the present time—green coffee bean extract.

Levels of obesity are growing on a worldwide scale, so the fact that the National Obesity Forum has taken an interest in purple chrysanthemum’s abilities should come as no surprise.

National Obesity Forum spokesman Tam Fry said: “Pills to allow you to drop dress sizes are two-a-penny and it is the foolhardy that believe the hype without due caution. But because the ingredient is natural there just might be something in it.”

Judging by the information available, aster spathulifolius maxim purple chrysanthemum could be a valuable ally in the fight against obesity. Unfortunately, the results of a single study cannot be seen as conclusive proof of its ability or that it will work for everyone, so it will be interesting to see if the results of future clinical trials are equally impressive.