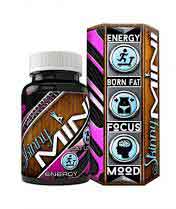 Skinny Mini is a dietary supplement for women.

It’s made in the United States by World Genetics Nutrition and the company appear to believe their product is one of a kind, stating it’s the world’s “first 100% female-specific health and weight loss solution” that delivers all the benefits of a weight loss supplement combined with the rejuvenating and cleansing effects of a detox supplement.

The main alleged benefits are:

Negatives: Not as good as the leading women only diet pill

According to the official sales page, Skinny Mini detoxifies the body, while gently amplifying the metabolism.

The detox process often results in a faster metabolism because when toxins build up in the body it can retard the metabolism.

It stands to reason purging the body of those toxins will get things back up to speed, but this is true of detoxing in general—with or without the use of supplements.

An evaluation of the ingredients may help determine what (if anything) makes this particular formulation so special.

The rest of the formulation consists of three proprietary blends and the lack of inclusion rates for the individual components makes it hard to predict how well they are likely to perform.

Judging by the name, this blend is supposed to provide antioxidants.

L-Glutamine is not an antioxidant, but it may still be a worthwhile inclusion because it helps cleanse the body from ammonia. Both types of tea are known to provide antioxidant support, but green is the most potent, so the black tea could have been lost in favour of a higher dose of the green.

Raspberry ketones is also a good source of antioxidants, as is cinnamon, but bitter orange is a fat burning ingredient that contains a stimulant called synephrine and its presence here may make Skinny Mini a poor supplement option for anyone who does not tolerate stimulants well.

This blend is obviously intended to speed up the metabolism and encourage the body to burn extra calories and fat. Caffeine has proven abilities in this regard, and CLA is a fat burning fatty acid that also helps provide healthy muscle growth. L-Arginine is capable of supporting fat loss, but cayenne pepper would have been a better choice.

The good news is, all three of these ingredients may help improve the mood, but when we look at the Skinny Mini formulation as a whole we are not seeing any of the potent detox ingredients we would expect to find in any formulation designed to function in this way.

It lacks any milk thistle. There is no dandelion or asparagus. As a detox provider, this formulation is likely to be lacking in power.

Nor is it likely to function well as a weight loss provider because the only appetite suppressing ingredient is raspberry ketone and there is no way to ascertain if the formulation provides enough.

Usage Guidelines
– New users are advised to begin by taking one capsule, two times per day. If no tolerance issues arise, the dose can be increased to two capsules, two times per day, and the best time to take them is just before lunch and breakfast.

“I was given my bottle free in exchange for a review and I am pleased to say tell you it works. My mood is better, I feel a lot more energetic and alive, and have managed to lose some weight as well.”
“Waste of money. Doesn’t do a thing. All it did was fill me with wind.”
“If you are feeling run down, this stuff will sort you out. I never realized there was anything wrong until my energy returned.”
“I used this garbage for a month. I never lost a single pound. Even with diet and exercise it didn’t do a thing.”

Side Effects and Health Considerations

Skinny Mini is not intended to be used by anyone who is under 18-years of age or by women who are pregnant or nursing a child.

Anyone who has existing health problems or is using medication would be wise to get their doctors consent prior to commencing supplementation.

Where to Buy Skinny Mini

There is no money back guarantee.

Skinny Mini is a product that’s trying to be too many things to too many people and, in doing so, offers too little value in each of the areas where it’s intended to offer benefit.

There are certainly many more powerful detox supplements on the market and its abilities as a fat burner cannot hold a candle to those of top-rated female fat burners.

We’re not saying Skinny Mini won’t offer any benefits at all, merely pointing out there are other options capable of offering a lot more.